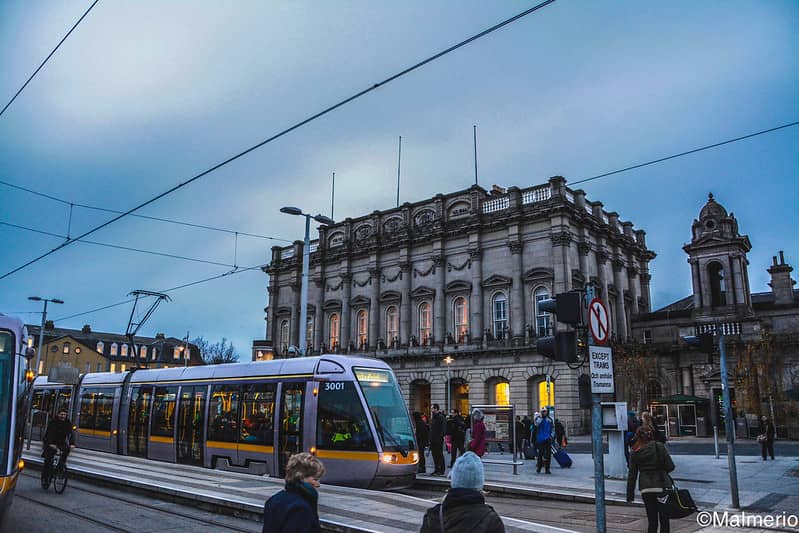 Dublin Heuston, commonly called Heuston Station, is one of Ireland’s main railways stations serving the south, southwest and west. It is operated by the national railway operator, Iarnród Éireann (Irish rail). Dublin Heuston station opened on 4 August 1846 as the terminus and headquarters of the Great Southern and Western Railway. It was originally called Kingsbridge Station after the nearby Kings Bridge over the River Liffey, but as with most national landmarks in Ireland, was renamed in 1966 to commemorate a leader of the 1916 Easter Rising named Sean Heuston who had worked in the Station offices.

Trains to the south and west operate from here. It is the principal and busiest terminus for Intercity rail services with an annual passenger throughput in excess of four million. There a number of shops and eateries in Heuston Station and it is also directly connected to Connolly Station through the Luas line.

Hop off the CityScape Tour at: Stop 28 Military Road

Heuston Station is Dublin’s largest railway station and links Dublin with the south, southwest and west of Ireland. The station is named in honour of an executed leader of the 1916 Easter Rising. It is operated by Iarnród Éireann, the national railway operator. It also houses the head office of its parent company – Córas Iompair E.I.ireann (CIÉ) The station was also known as Kingsbridge Station.

The Heuston Luas stop is an interchange with Dublin’s Luas light rail tram system. The station opened in 2004 and features three platforms. Trams cross the River Liffey to the north of the stop on the Sea pronounced the Seán Bridge, which was refurbished as part of the Luas construction. The platform nearest St. John’s Road West is for southbound trams travelling towards Tallaght and Saggart. The eastern side of the island platform is a terminus platform, used only in certain peak times, when extra services are run in the city centre section.