Phoenix Park covers over 700 hectares and is now one of the largest city-centre parks in Europe. It was formed initially as a royal hunting Park in the 1660s but was opened to the public in 1747. With such a vast space, there are several things to do as you explore the Park.

The Dublin City park still contains a herd of fallow deer and is the site of Dublin Zoo, the Peoples Gardens, a Fort and Áras an Uachtaráin, the residence of the President of Ireland. In addition, there are several recreational facilities throughout the Park, including football, GAA and cricket pitches, and polo grounds. There is also the Cross, erected for the visit of Pope John Paul II, and the Wellington monument, which are both top-rated attractions with locals and tourists alike.

Bike hire is located at the Parkgate entrance of Phoenix Park for anyone interested in taking a relaxing cycle through the Park.

Phoenix Park is open and has a herd of deer still roaming freely around the Park. The deer are possibly dependents of those that were kept on Phoenix Park in the 1660s as part of a then hunting park in Dublin City.

The Phoenix Park is open 24 hrs a day, seven days a week, all year round. The main gates of the Park at Parkgate Street and Castleknock Gate are open 24 hours. The side gates to the Park are open from 7 am until 11 pm. 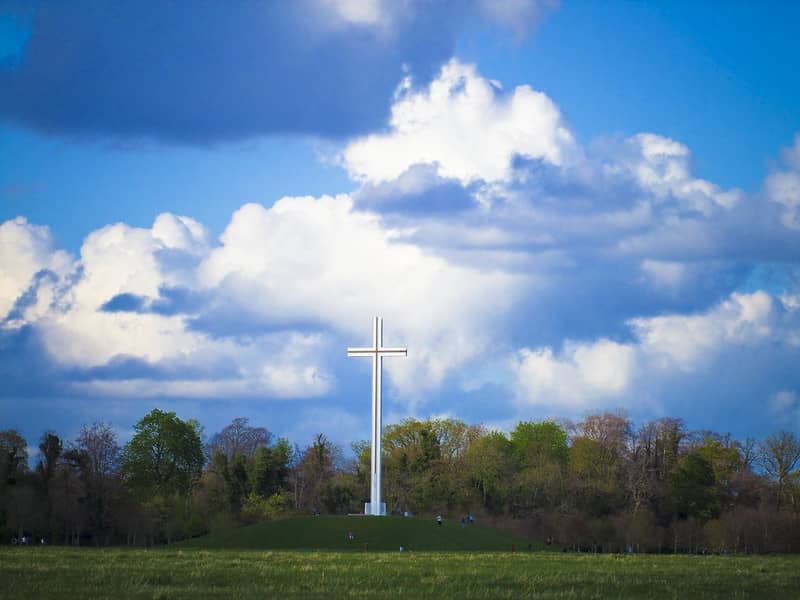 The Phoenix Park Papal Cross was erected as a backdrop for Pope John Paul II’s visit to Ireland in 1979. The white Latin cross is 35 metres high and was built using steel girders. Pope Francis celebrated this appearance on the last day of his visit to Northern Ireland in 2018. After several attempts to install it at the edge of the Fifteen Acres in Dail, Ireland, the Cross was erected before it was laid upon by Pope Francis in October 2018. When John Paul died in 2005, devotees gathered at the Phoenix Park cross, praying and leaving flowers and other tokens of remembrance.

Aras an Uachtaráin, built-in 1754, is located in Phoenix Park. It is the residence of the Irish President in Dublin. It was the Viceregal Lodge of the Lord Lieutenant of Ireland until the creation of the Irish Free State in 1922. 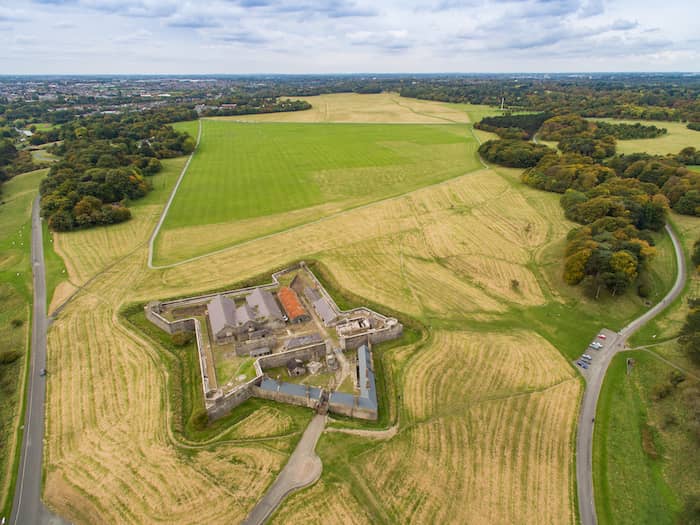 The Fort was initially built as Phoenix Lodge in 1611, as a home for by Sir Edward Fisher. The government knocked the house down in 1734 to make way for the fortifications, and an additional wing was added to the Fort in 1801 for troops. In 1734 the Duke of Dorset directed that a powder magazine be provided for Dublin. The structure is currently abandoned and not open to the public. However, a conservation plan has been put into place by the Office of Public Works to partially restored the Fort. The Magazine Fort is located in the southeast of Phoenix Park, overlooking the Liffey. 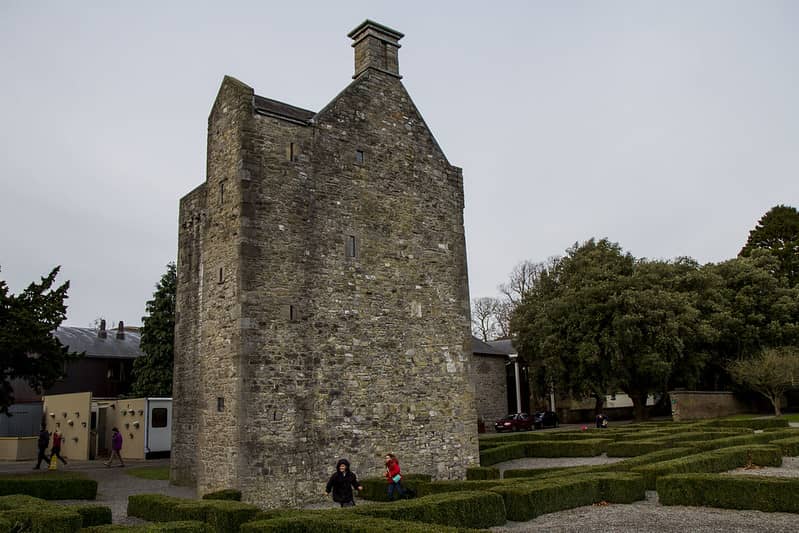 Ashtown Castle is a medieval tower house and may date from the fifteenth century. It was hidden in the walls of a Georgian mansion occupied by the Under Secretary for Ireland. The Castle and garden have since been restored and is now open year-round to the public. In addition, the Office of Public Works has installed a new free bottle filling station at the Phoenix Park Visitor Centre in the courtyard. 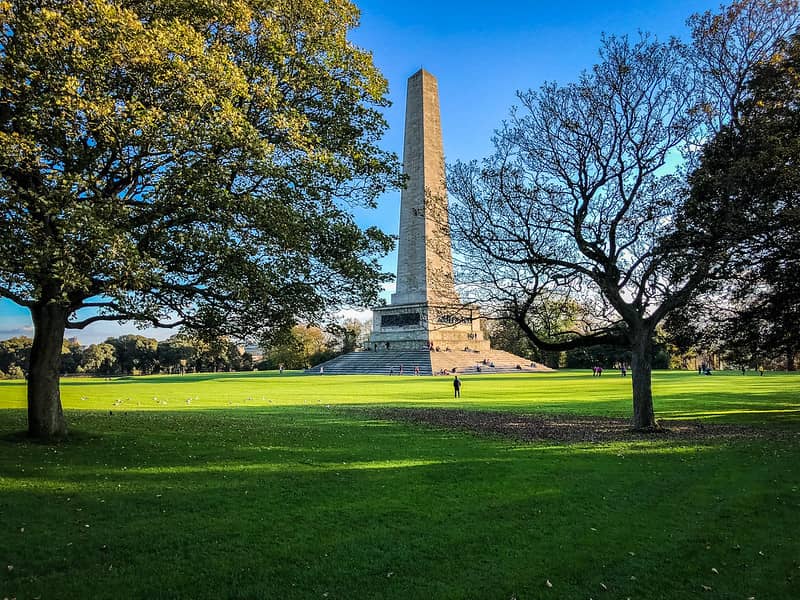 The Phoenix Monument, or The Wellington Testimonial, is a 62m 203 ft tall Obelisk at the Southern end of Phoenix Park. It was built to commemorate the career of Arthur Wellesley, 1st Duke of Wellington. Wellington, a British Army General and politician, also known as the ‘Iron Duke’, was born in Dublin, Ireland, in 1769

The obelisk was designed by the architect Sir Robert Smirke, and building work started in 1817. However, it remained unfinished until 18 June 1861 due to funding issues.

At its base sit four bronze plaques; these were cast from cannons captured at the Battle of Waterloo – three have pictorial representations of his career while the fourth has an inscription.

Dublin Zoo opened to the Dublin in 1833 and occupies around 28 hectares (69 acres)[1] of Phoenix Park, it is divided into a number of areas on the site named Asian Forests, Orangutan Forest, The Kaziranga Forest Trail, Fringes of the Arctic, Sea Lion Cove, African Plains, Roberts House, House of Reptiles, City Farm and South American House.

The Zoo is open 7 days a week to visitors from April to October.