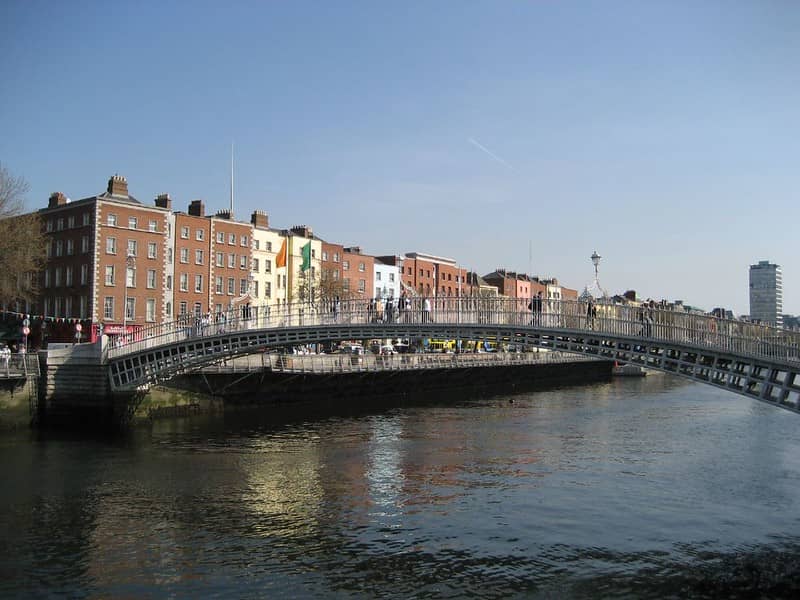 The Ha’penny Bridge, officially named the Liffey Bridge, is a pedestrian bridge built in 1816 over the River Liffey. Before the bridge was built, there were several ferries, run by a William Walsh that would transport people from one side of the Liffey to the other so they did not have to compete with the horses, carriages and carts on the main bridges. The ferries were in bad condition though and Walsh was informed he either had to fix them or build a bridge.

Picking the logical choice, Walsh decided to build the bridge and was allowed extract a ha’penny toll from anyone crossing it for the next hundred years, thus giving the bridge its famous name. The bridge would remain to be the only pedestrian bridge spanning the Liffey all the way up to the construction of the Millennium Bridge in 1999. The bridge is an sight you almost certainly see as the walkway reportedly has almost 30,000 people walk across it every day and the bridge will almost bring you directly into or out of Temple Bar.

In 2013, due to health and safety concerns, Dublin City Council had to remove over 300kg worth of padlocks on the bridge.