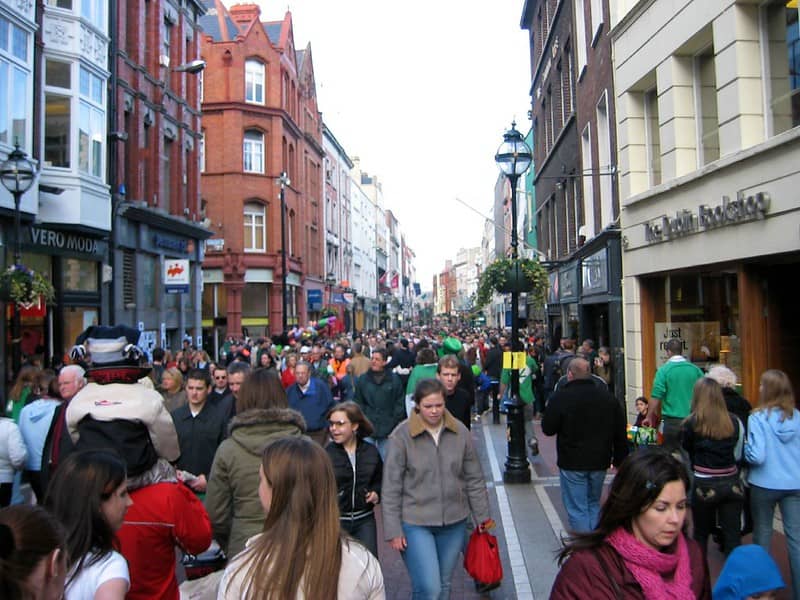 Ireland’s widest and premier street, every visitor has to see O’Connell Street while visiting Dublin- in fact people would be hard pressed to miss the main thoroughfare of Dublin. The street is the centre of Dublin and is a busy shopping district. The pathways are full of retail stores and the middle of the road is lined with statues commemorating many Irish heroes including Daniel O’Connell, Jim Larkin and Charles Stewart Parnell. The street is dominated by the historic GPO and The Spire, which at 133 metres tall is the world’s tallest sculpture. O’Connell Street is the hub of Dublin and a trip of Dublin is incomplete without a visit.

This busy thoroughfare is named after the famous Irish political leader and Catholic Rights Activist Daniel O’Connell. O’Connell Street and the GPO have been witness to some of the most important events in Irish history. They are permanently associated with the 1916 Rising, where an armed contingent of men led by Padraig Pearse and James Connolly, took over the GPO and used it as the headquarters for an uprising against British Rule in Ireland. After a week of fighting the GPO and surrounding area were destroyed following bombardment from the British gunship Helga and the rebels, seeing it was futile to keep fighting, had surrendered. Although the destruction and loss of lives was devastating, the events that unfolded on O’Connell Street were the beginning of a series of events that would eventually lead to Irish Independence.

The GPO still retains the battle scars of the 1916 Easter Rising and you can still see the bullet marks from the fighting on the exterior of the building.

Hop off the CityScape Tour at: Stop 7A or 9 O’Connell Street (see Route Map)