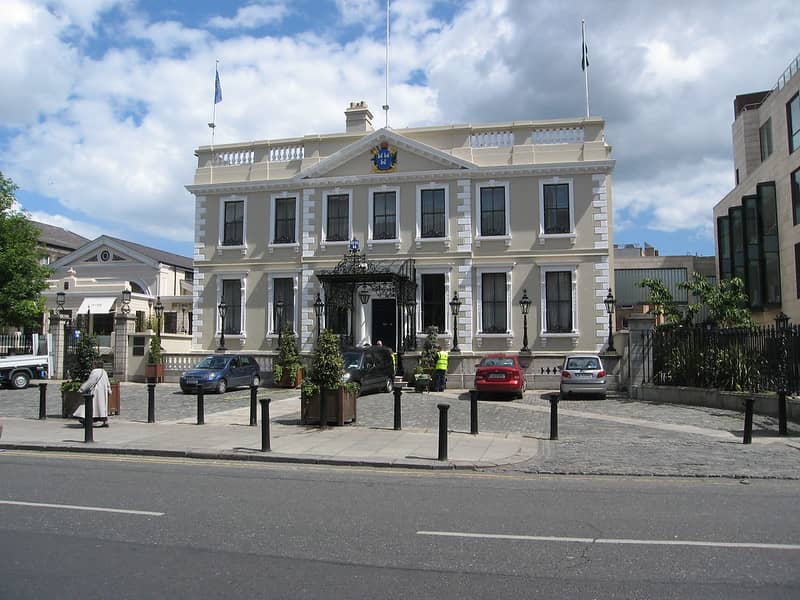 The Mansion House is the official residence of Dublin’s first citizen, the Lord Mayor, and is one of the city’s finest and most historic buildings. The residence was designed by Joshua Dawson, whom the street is named after, and construction began in 1705. Originally intended to be a townhouse for Dawson, he seldom stayed in the house and it was sold to the Dublin Corporation for £3,500 which doesn’t seem like much now but back then was a huge amount of money. The Mansion House is the site for some of the most important events in Irish History as it was the site of the proclamation of the 1919 Declaration of Independence and it was the meeting place of the first Dail Eireann (Parliament of Ireland).

Tours of the Mansion House are on a first come first serve basis where you will be led by guides as they walk you through and explain the history of some of the historic public rooms in a building that still plays an important part in the civic life of Dublin and has been host to dignitaries including Nelson Mandela and Queen Victoria.

The Corporation also had to pay annual rent of 40 shillings as well as provide an odd yet delicious payment of a loaf of double refined sugar weighing six pounds every Christmas.